The issue of social welfare and individual responsibility has become a topic of international public debate in recent years as politicians around the world now question the legitimacy of state-funded welfare programs. David Schmidtz and Robert Goodin debate the ethical merits of individual versus collective responsibility for welfare. David Schmidtz argues that social welfare policy should prepare people for responsible adulthood rather than try to make that unnecessary. Robert Goodin argues against the individualization of welfare policy and expounds the virtues of collective responsibility. 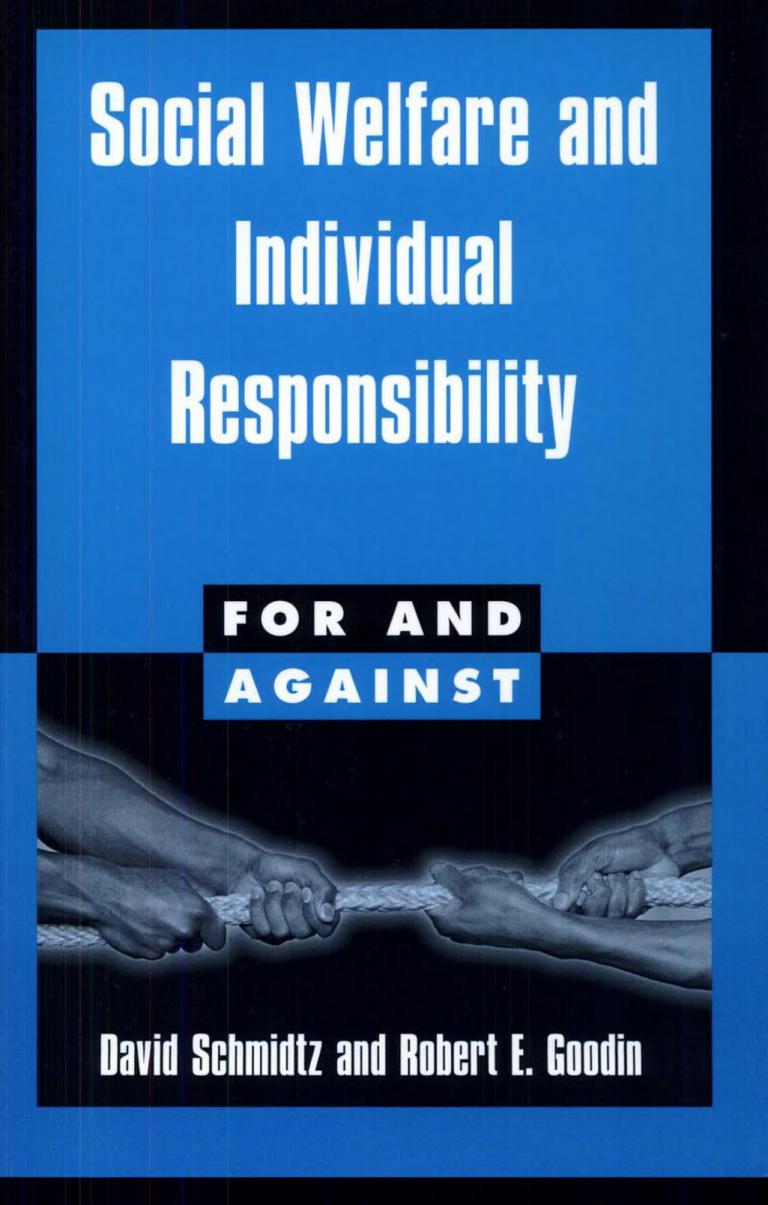